What are the benefits of settlements?

While it may be necessary in some instances to file suit and/or proceed to trial, there are a lot of costs, attorney fees, time, and risk involved in litigating disputes. Settlement provides control over the process and saves time and money. Some people may cringe at the thought of settling because they feel they need to prove a point or they think it will be perceived as weak because they did not continue to fight. Although those feelings are normal, they are misplaced as settlement is very common in the court system for all types of disputes. Because of the uncertainties and costs involved, settlement is sometimes an attractive and viable option that places the control of decision making process into the hands of the parties. In fact, a large majority of cases that make it to court settle before any final decisions are made.

When is it appropriate to settle a dispute?

Depending on the particular case matter, a negotiated resolution may be a viable option before documents are filed with the court or after the court process begins but before final decisions by a judge or jury.

Mediation is a settlement process whereby the parties select a neutral party, or a mediator, to facilitate communication among the parties. A mediator may be a lawyer, judge, or a non lawyer who is certified in conducting negotiated settlements. A mediator does not take sides or render a decision on the merits of the case.

Mediation may be ordered by the court or the parties can elect to enter into mediation voluntarily. All communications that take place during the negotiation process, including settlement offers, are strictly confidential and cannot be used for or against a party during the court process. Confidentiality is designed to encourage parties to openly discuss the case and negotiate without fear that a communication might be used against them in court should the matter not settle.

Ms. Rountree has successfully negotiated settlements for many types of disputes, including will contests, trust contests, guardianships, breach of fiduciary duty, and real estate issues. Shannon L. Rountree, P.A. offers services to represent parties in connection with the drafting, negotiation, and/or review of pre and post litigation settlements, including court ordered and voluntary mediations.

I will be out of the office and unavailable starting Monday, July 4th through Wednesday, July 27th. I will not be accessing emails or be available for calls during this time. All calls and emails will be returned the week of my return on July 28th.

Please complete all required fields below. 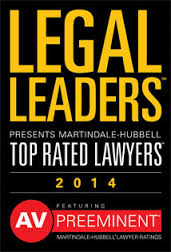 CALL TODAY FOR A FREE CONSULTATION

The firm provides free consultation and case evaluation. We offer hourly and flat fee arrangements and accept all forms of payment, including major credit cards.